Japan Press Research Institute is a public-interest incorporated foundation established in 1947, based on part of the assets of Domei News Agency which existed before and during World War II.

The institute is intended to contribute to the development of Japanese newspapers and news agencies. To achieve this objective, the institute has utilized returns on asset investment to publish the monthly Media Tembo (Media Outlook), conduct public opinion polls, lectures and symposiums, hold photo exhibitions, award the Vaughn-Uyeda Memorial International Journalistic Prize and operate the News Agency Library.

The situations surrounding the media community have been radically changing, as exemplified by the expansion of internet media and an explosive rise in information transmissions by individuals through social networking services, among other developments. The internet is flooded with fake news today, making it hard to obtain accurate information and truth.

The institute’s mission is to contribute to the development of media on a broad front, including newspapers and news agencies, by verifying the media’s role in this chaotic era, studying how to respond to the public’s right to know and informing the people of research results. 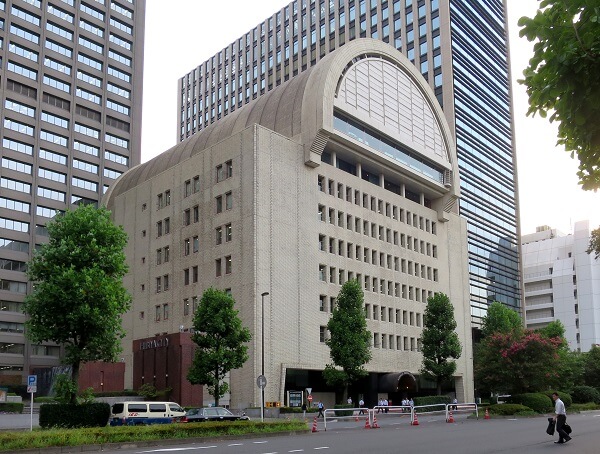 An exterior view of the Nippon Press Center Building in which the Japan Press Research Institute is located.